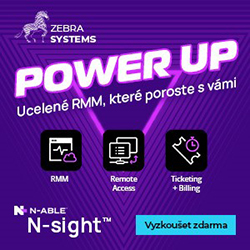 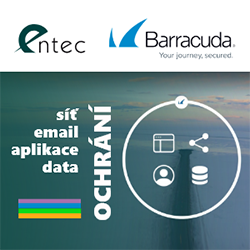 The final act of the U.S. war in Afghanistan was a drone strike in Kabul that killed 10 people. Our latest investigation shows how a man the military saw as an "imminent threat" and "ISIS facilitator" was actually an aid worker returning to his family […]

The military said it believed Zemari Ahmadi’s white Toyota Corolla, which it tracked by drone for eight hours that day, was packed with explosives. Security camera video we obtained showed him loading it with water containers for his home. I'll detail our findings in this thread.

Ahmadi was a 14-year employee of Nutrition & Education International, a U.S. NGO that fights malnutrition. He helped start up soy factories, repair machinery, transport his colleagues and distribute food from his Corolla to displaced Afghans.

Aug. 29, according to his family and colleagues, was a normal day for Ahmadi. He left home around 9am, picked up 2 colleagues and his boss’s laptop, stopped for breakfast, and headed to the office in the Karte Seh neighborhood.

But the U.S. military was on high alert. Three days earlier, an Islamic State suicide attack at the Kabul airport had killed 13 troops and more than 170 Afghans. “All threat warnings are flashing red,” a senior official told us. They expected another attack.

At around the time Ahmadi was picking up his colleagues, the U.S. military said it observed a white sedan emerge from an Islamic State safehouse near Ahmadi’s home, 5km northwest of the airport. Intercepted communications from the safehouse gave the sedan instructions, they said.

But @mattaikins interviewed all 5 men who were in the car with Ahmadi that day. They said that what the military interpreted as a series of suspicious moves represented a typical day in his life. He drove his colleagues around town, where they made plans for food distributions.

The office security camera we obtained is crucial to understand what happens next. Though the camera settings are off, @mattaikins verified its time by visiting the office, and @ckoettl matched what we see on camera with timestamped satellite imagery.

At 2:35pm, Ahmadi and a colleague fill several large plastic containers with water. The footage shows Ahmadi bring them to the office earlier that day. His brother told us his neighborhood suffered from a water shortage and that he routinely filled up containers at the office.

At 3:38pm, a colleague drives Ahmadi’s car farther into the office driveway. At roughly the same time, the military said, the drone team saw Ahmadi’s car pull into an "unknown compound" 8 to 12 kilometers southwest of the airport.

With the work day ending, an employee switches off the office generator, and the camera goes dark. The military said it now saw four men load wrapped packages into the car. Ahmadi’s colleagues said they were stowing laptop bags, which the footage shows here, earlier in the day.

Ahmadi drops his colleagues off and turns onto his street. His and his brothers’ children surround the car, his relatives said. The family has a habit of letting kids steer the car into the courtyard of their home. Somehow, the military said, the drone team sees none of this.

Four days before Ahmadi was killed, his employer had applied for his family to receive refugee resettlement in the U.S. At the time of the strike, they were still awaiting approval. Looking to the U.S. for protection, they became some of the last victims in America’s longest war.