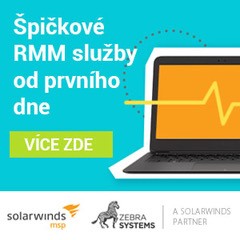 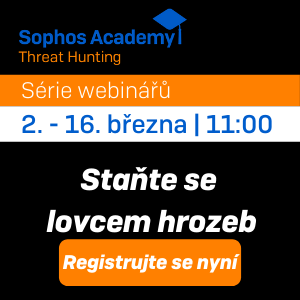 Luboš Doležel: Can you tell us something about the planned Linux driver improvements in next... let's say... several months? People seem to be especially interested in better 2D acceleration, hardware MPEG-4/H264 acceleration and Xen paravirtualized driver. Stabilised suspend/resume is also a hot topic.

Andy Ritger: Thanks for asking. Some of the improvements that we plan for the Linux driver over the coming months include:

2) People would like to use their powerful GPUs for their own processing intensive applications (eg. video compression or math formulas computation). Can we expect some SDK to make this happen?

For NVIDIA GPU programmability, there are several options: for graphics-oriented applications within the context of OpenGL, NVIDIA supports Cg and GLSL for higher-level programming, and OpenGL extensions such as GL_NV_gpu_program4 for lower-level OpenGL programming. For reference, see the specifications.

For compute-oriented GPU programming, we provide the CUDA toolkit. The NVIDIA CUDA team is doing some really exciting work; check it out.

3) NVIDIA's proprietary Linux driver supports only the x86 and x86-64 platforms. Does NVIDIA have any plans for support of other platforms?

But in terms of adding support for hardware architectures other than x86 or x86-64, we have no current plans.

4) Do you expect this situation to change in case that Sony allows Linux to access the RSX chip on its PowerPC-based PlayStation 3?

We have no current plans to port our Linux driver to PS3.

5) After the "forcedeth" driver was developed by Linux hackers, NVIDIA abandoned its own proprietary nvnet driver and AFAIK even helped to improve the open source driver a bit. Can you tell us something more about this decision (who made the call, etc.) and how likely is it that similar situation will happen in the case of the proprietary graphics driver - now when the Nouveau driver is under active development?

NVIDIA's stance is to neither help nor hinder Nouveau. We are committed to supporting Linux through a) an open source 2d "nv" X driver which NVIDIA engineers actively maintain and improve, and b) our fully featured proprietary Linux driver which leverages common code with the other platforms that NVIDIA supports.

6) The Linux community was calling for beta driver releases for a long time, then their demands were fulfilled. Was it the voice of community or just a request (need) of NVIDIA's developers that changed the situation?

The community feedback is very valuable. NVIDIA's Linux driver team has a very active presence on forums such as nvnews.net, and we take community feedback very seriously. Knowing what is important to our users definitely helps us prioritize our work.

And in the case of our public beta drivers, getting broader testing from the Linux community of course contributes to higher quality releases.

Our releases are primarily feature-driven, though those features may have specific schedules. For example, we try to make at least a public beta driver available to coincide with new GPU launches.

8) And finally, the obligatory question: Are you a heavy Linux user yourself? What distribution do you use profesionally, at home, etc.? Do you use other operating systems, where?

Absolutely; I first got involved with Linux in college as a great way to have a UNIX workstation in my dorm room :). I used to use Linux From Scratch with evilwm, but lately I've been using Gentoo with Xfce on my notebook and dev machines.

Across the NVIDIA Linux Graphics Driver team, everyone has their own favorite Linux distribution as their primary desktop: Debian, Gentoo, Ubuntu, RHEL, Fedora, SuSE (and Solaris, though it is not a Linux distribution, of course). Naturally, we try to do driver compatibility testing across a wide spectrum of distributions.

There are also many other groups within NVIDIA that use Linux extensively (if not exclusively), e.g., the CUDA team, our digital film group, and GPU architecture simulation/verification. I even know Windows driver engineers at NVIDIA that primarily use Linux on their personal machines at home.

Oh, and I should put in one plug: we're always looking for world-class engineers who are passionate about Linux graphics. If any of your readers are interested, there are several job postings on the nvnews.net forums - [1] and [2].

Thanks for your time.